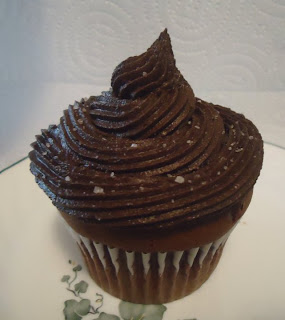 So anyhow, once again I got this recipe from gimmesomeoven and tweaked it a bit. Yes this chocolate cupcake has a bite, a sting, a kick, whatever you want to call it.
Posted by Michele at 1:59 PM