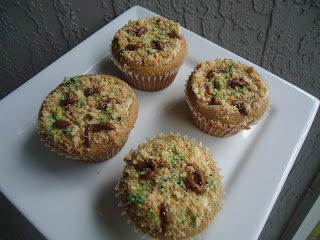 I wanted to do something for April Fool's Day but I wasn't really sure what.  I'm sure there are a myriad of cupcakes out there that epitomize the April Fool's pranks but in all honesty I didn't have a whole lot of time  LOL.  So someone suggested Kitty Litter Cupcakes.
I've seen the cakes.  I have cats.  No way.
So I took a very simple Kitty Litter Cake recipe off the web and modified it a bit.  I looked everywhere for something I could use as the scooper but nothing came to mind.  And my fondant had hardened thanks to not zipping the bag up all the way...darnit!  Maybe next year when I have more time.
Kitty Litter Cupcakes
2 doz
1 box yellow, vanilla or spice cake mix (or really anything you want - I used spice)
1 bag vanilla creme cookies
1 bag tootsie roll midgees (they're the little ones)
1 jar frosting - I used vanilla but you can use what you like
green food coloring
Make the cake as directed and then place into lined cupcake tins and bake until toothpick comes out clean.
Let cool on wire racks for about 10 minutes.
I had thought about icing the cupcakes and then putting the "litter" on top but to me it didn't look right.  So I sorta of cut part of the top of the cupcake out to make an indent.  Like a very very shallow cone cut. 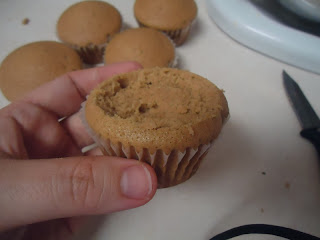 You can make it deeper if you want but I just wanted a surface cut so it look like the litter was sitting inside the cupcake.  Next I used a spoon and filled the indent with about 1 tspn of frosting so the "litter" would stay.  Of course if you LOVE frosting, make the indent deeper and you can add more frosting. 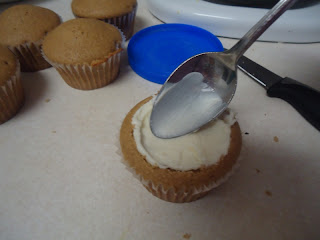 Now it's time to crush the cookies.  Yes, I know the original recipe calls to put them in a food processor or blender to crush but after the week I've had, bashing the cookies to smithereens with a rolling pin seemed a better idea. 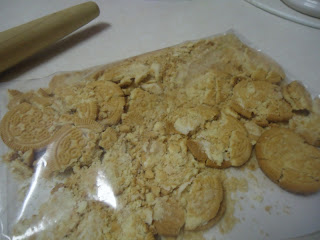 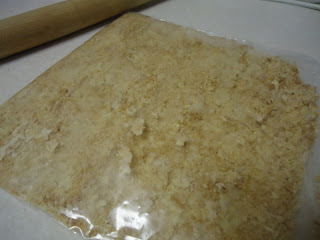 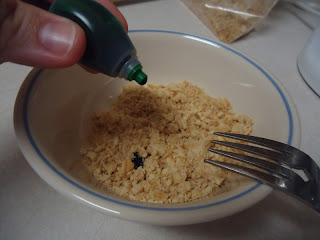 Take a little of the smashed cookies and place in a bowl.  Add about 3 drops of food coloring.  I ended up using 6 but that was my own personal preference. 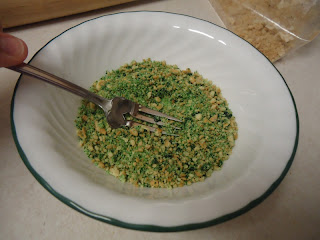 Use a fork to smear/mix the dye into the cookies.  If you're having a hard time getting it to mix properly, like I did, put it in a jar and shake it vigorously for about 20 seconds.
Next sprinkle the undyed cookies on the top of the frosting then add some of the green.  Make sure to cover as much of the frosting as you can.

Then, take two tootsie rolls and put them in the microwave for about 10 seconds.  My apologies for not having the photos, my camera inadvertently eats photos.

Cut a little piece of the tootsie roll off and roll it between your fingers and palms until it resembles well....cat poop.  Make sure you taper the ends off too.  Then strategically place on the cupcake. 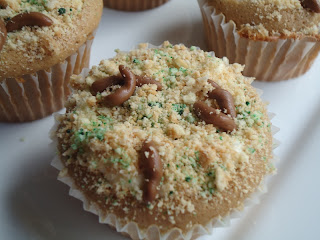 Enjoy!
* cupcakes will keep in an air tight container for several days but are freshest in the first 3 days.  Best, of course, when eaten right away.
Posted by Michele at 10:27 AM